Once again I was on hand for the annual CCFA Luncheon. The goal is to raise awareness and money in the hopes of finding a cure for this challenging disease.

As usual Mike McCready of Pearl Jam was on hand. Here he is with my sister and Barry from Boston! Got tickets for the Pearl Jam concert in Boston?? 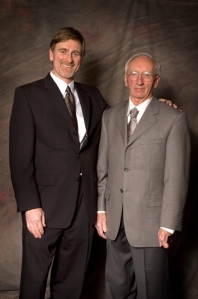 Over 1500 firefighters and 5000 civilians climbed to the top of the Columbia Tower this year and raised an amazing $1.5 million plus for The Leukemia & Lymphoma Society. I am honored to have been witness and official photographer for their annual awards ceremony this year. Held at the Columbia Tower Club we got to meet courageous firefighters as well as those fighting to cure Leukemia whether it be for themselves, a loved one, a friend or just because.

One of my favorite people was 83 year old Anders Jacobsen whose time to the top was a mere 21:19! I’m lucky if I can walk around the block in 20 minutes. He is pictured here with his son who came to celebrate with him.

And of course, we all had spectacular views….

Seniors are fun to photograph, especially when they are as cute as Emilie. She had no clue what to expect and the two of us worked well together creating some rather nice images for her family and friends. I created the ‘announcement’ above that can be customized with any sort of message she might want. These are perfect to send to family commemorating the big event! Below is a a ‘matted’ image of Emily in black and white. Color, sepia, black and white, you name it, we can create it!

Yes, I know it’s April but it feels like winter! I photographed the Vornbrock house and just now created a nice little memento of the holiday season for them. The house looked charming, don’t ya think!?

Jim Dever and Ariel ham it up at the Fauntleroy Children’s Center 2008 Auction. Gail Ann was represented well by associate photographers Katherine and Ariel. Once again we offered photo sessions with proceeds going to the school! Congrats to those of you who purchased a session. We look forward to working with you soon!

We are happy to email you a file – just ask!

Where had Murray gone? Where indeed. Only now can the story be revealed.  Murray, a corgi of noble lineage, mysteriously disappears from home when he is summoned by the queen to end an age-old feud between the Pembroke (Welsh) and Cardigan Corgis.

Dog  lovers and children of all ages will delight in this Corgi adventure. Murray was a friend of mine. In honor of his memory his ‘mom’, friends and associates created this homage to the furry friend. My sister and I assisted in the production and publishing of this wondeful book! Illustrated by award-winning Seattle artist Doug Keith.

To get your very own copy send us an email or stop by the studio!

It was a pleasure working with Rebecca on her real estate ‘image’. These images will be used for her marketing pieces. Her daughter was along so I suggested we include her in a few images also. Cute!

I love donating to school auctions! I get to meet the nicest people many of whom have become faithful clients over the years. Take a peek at some of this year’s auctions:

Still have a few more to go!

As a Christmas present to myself I produced my first photo book and had it printed in Italy! I was thrilled when I received my finished book. It is most charming. If you would like to purchase a mini copy for yourself let me know! Or stop by the studio and pick one up!

You can view the pages here. Enjoy!

I have been involved with the Seattle Polish Film Festival since 2001. Together with my sister we produced the Festival program book through 2006. I have served as ‘Official Photographer’ since 2000 capturing the festivities, meeting Polish actors and directors. I have traveled to Gdynia, Poland for the Polish ‘Academy Awards’! While there I have viewed first run films, met actors, photographed events and just had a darn good time!

Don’t miss the upcoming 16th Annual Polish Film Festival starting April 18-25th! Hope to see you at one of the flicks!

In 2005  several of us “cinema lovers” visited Gdynia to attend the 30th Polish Film Festival. An exhibit was created by Ewa & Krzysztof Poraj-Kuczewski  that included my images captured at that event. It is a collection that captures the filmmakers in formal and informal situations, everyday festival activities, and the beauty of Gdynia. If you would like to purchase a book copy please let us know. Cost is $55 with proceeds going to the Seattle Polish Film Festival.